Let's talk about it. That's an invitation. Bring it.

New post up over at SAVAGE NIGHT. Theses on the Philosophy of Hip-Hop, part 1. READ THAT SHIT, SON!

Experts estimate these renderings date back to about 14,000 BC. Their purpose is unknown; however, given that the caves show little sign of habitation, they are probably not purely decorative pieces. Many anthropologists speculate that the art held some kind of mystical function, perhaps as a sigil for good luck during the hunt, or as an illustration of visions during shamanic trance states. 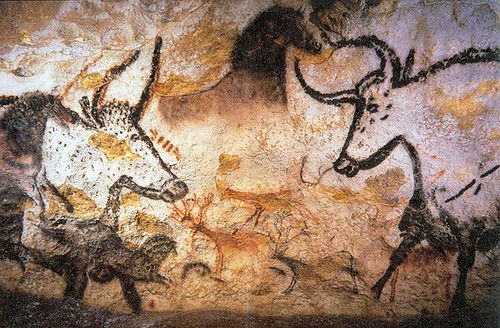 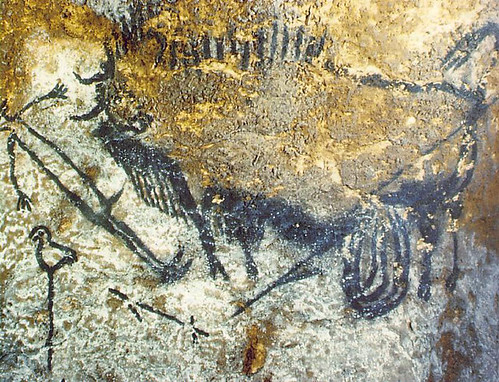 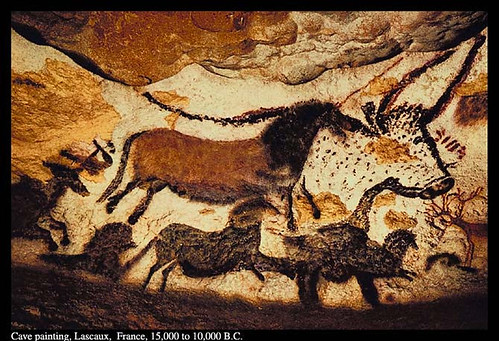 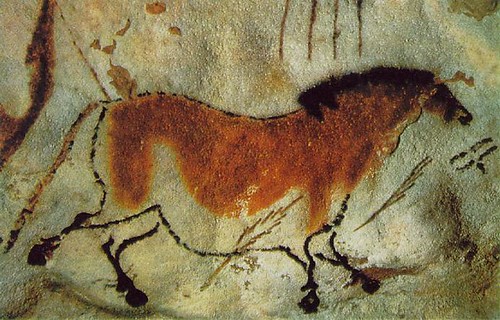 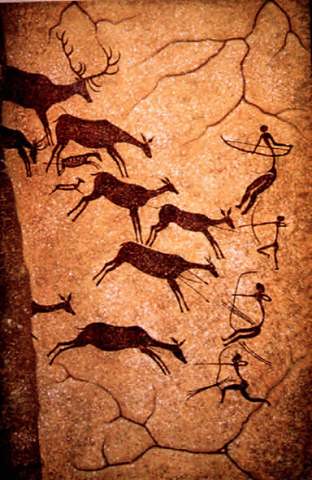 ONLY BUILT 4 CUBAN HYPERLINX
So. Things are in the works (as always), and I will tell you about some of them.

First, I've created a new blog over on blogspot called SAVAGE NIGHT. This will host the sort of micro-essays that I sometimes post on droidlocks, but I'm going to try to update it on a more regular schedule than I've been keeping over here. The first essay (addressing Samuel Fuller's Shock Corridor) is already posted. Droidlocks is not going away; I will be using this as an aggregation site as well as to post material of a more personal nature. Anyway, give the new spot a look.

Second, I can now confirm that Nick and I are working on a new murder mystery game, which will serve as the launching point for our business doing this sort of thing. It is still in a relatively early state of development, but things are moving and it should be coming together in the next two or three months. As far as I'm concerned, the first four games were interesting creative and social exercises but not really realized products. However, the practice runs are over. This one is going to be really good-- I'm talking knock-your-socks-off break-your-ribs-with-a-2-x-4 drag-you-across-the-parking-lot slam-your-head-in-a-car-door good. I can already feel the old delusions of grandeur stirring in the black inferno of my leathery heart.

I spent a long time studying the design aesthetics of vintage pulp paperback covers (over at the Bookscans Database) while doing the SAVAGE NIGHT layout. Some really crucial stuff out there, my friends, and I thought I'd share a couple of favorites. Enjoy. 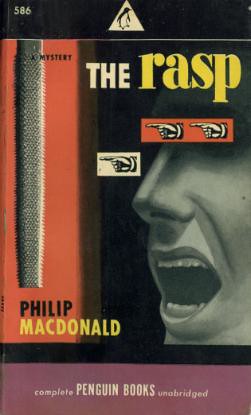 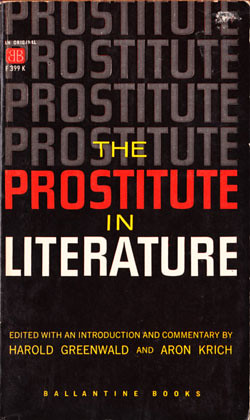 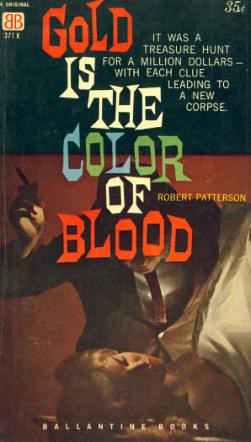 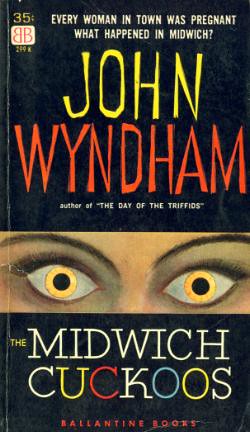 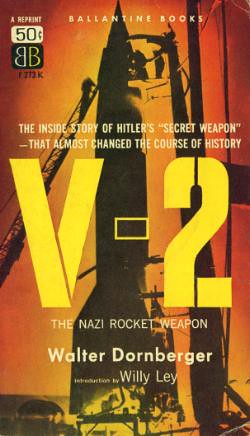 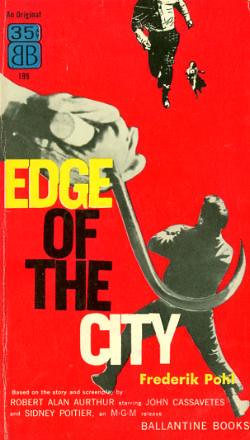 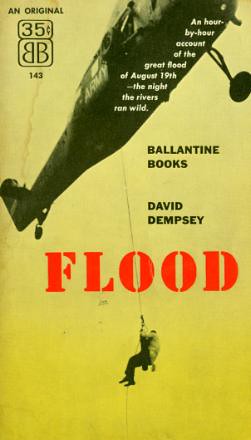 I've got a wild story to tell, kids, but it will have to wait for another time. For the time being (about 4:45 of your time, being) bounce to this one. The Soul Children are one of my favorite Stax bands, due in great part to the raw, perpetually anguished vocals of J. Blackfoot. This one's from 1974, with horns provided by the mighty Muscle Shoals.

SOULFUL DISPATCHES FROM THE DARK SIDE OF THE SUN

This is Mission Control in four dimension broadcasting a couple of soulful transmissions across time and space in the general direction of your domepiece. Here's the catch: for once, I am eschewing my '66-'74 fetishism and posting some contemporary stuff. All of these artists are worth investigating, but if you only have time for one, peep that first track. This shit will flood your circuits with sublime light.

Let me know what you think, ya heard?

NOTES FROM A WORK EVER IN PROGRESS

Ideas are unruly bastards, and sometimes when one strikes you, its best not to try to exert too much control, just let the fucker ride out for a while. Eventually, you start to gain a sense of it contours and rhythms and then you can recognize where its trying to go. I was looking through a story that I've been working on, draft after draft, for a couple of years. It's been kicking my ass for pretty much the duration of that period, and I believed that I had put it aside for good, until a new angle occurred to me. So I am back at it again.

I was giving it a reread and picking out a couple of sentences and fragments that I wanted to remember or that served as markers or metronomes in the vast mess of the piece. Isolated from the body of the piece, I think they form a weird, kind of cool thing of their own, and I thought I would share:
A place abhorrent to god and devil both, and indeed a horror beyond which either could devise

You wouldnt think something so small could scream like that.

It is by degrees of loss that the game is unfolded.

this wraith of the blood-path, lust of cages

a whisper in the fire.

I can say only this: his dream in the anaconda's dream, who sizes himself against the world by measure of what he swallows

How lonely to be nothing, nothing but a voice.

You would never believe somewhere a war was on.

By its audacity it will sear the world in its own image.
Kill the men. Kill the women. Kill the sows. Sew the crops with salt.
true as truth endures; true as brother and brother are

an ancient nightmare of the earth.

Morricone's "The Carriage of the Spirits" from his score to the The Good, The Bad, and the Ugly must be one of the most beautiful pieces I have ever heard.

Lately I've been in the mood to listen to glam rock. For a lot of people, the genre basically means Bowie and maybe T. Rex, both of whom are beloved to me, but there is also a lot of terrific stuff out there that is tragically underappreciated. Sparks is a band that I am always trying to play for other people. In form and aesthetic, they occasionally seem related to a school of glam rock of which I am not so fond-- the super-cutesy, super-kitschy, super-corny, etc.. However, there is a vicious black humor to Sparks that distinguishes them from the twee cheesefests spouted from Elton John and the like, as well as some surprisingly muscular riffs. Thought I would share a couple of pretty cool videos. Let me know what you think, and please by all means be forthcoming with any musical suggestions that may occur to you.

ON DETECTION, REASON, AND HISTORY

The figure of the detective, as he first takes form in the recognizable archetype during the 1840's in Edgar Allan Poe's three C. Auguste Dupin* stories ("The Murders in the Rue Morgue", "The Mystery of Marie Roget", "The Purloined Letter") is in his essence an Enlightenment creature. His art is ratiocination-- the careful survey of available facts to create a picture that reveals a solution, in his instance, the heart of the intrigue. Indeed, the process exhibits the Victorian obsession with cataloguing, as if to place an event or phenomenon within a logic system is to gain mastery over it.

The fundamental execution of this attitude is in the detective's cultivation of self. There is little room for emotion or impulse in the rational man. In Arthur Conan Doyle's "A Scandal in Bohemia," Watson writes of the famous Mr. Holmes:
"All emotions...were abhorrent to his cold, precise, but admirably balanced mind...They were admirable things for the observer-- excellent for drawing a veil from men's motives and actions. But for the trained reasoner to admit such intrusions into his own delicate and finely adjusted temperament was to introduce a distracting factor which
might throw a doubt on all his metal results."
(Ironically, this story details the rare crack in the sleuth's legendary stoicism.)

However, the roots of this distrust run deeper than merely the desire for a clear head. The Enlightenment detective is possessed by an anxiety that pervades his age, a categorical crisis: that man, for all his advances, is yet not far removed from beast, subject to being overtaken by his emotions and driven thus to atrocity. How appropriate that the culprit of the shocking violence at the Rue Morgue is in fact a primate, the avatar for the fear of his own urges! An eternal war between instinct and will is waged within man, and by reason alone may he suppress the basest parts of his being.

Yet for all his worship of reason, the detective is in a sense profoundly devout. At the center of his craft is the faith that there is an Order that governs things, and that by precise enough observation it may be discerned (in Poe and Doyle's work, this Order is often equated with the predominant social order of the times-- the State, the Crown, etc.).

In this light, the true villainy belongs not to the petty thieves, marauders, and blackmailers (whose acts are generated by the baser impulses), but what Poe dubs in "The Purloined Letter" the Monstrum Horrendum, "an unprincipled man of genius." This figure is represented by Holmes' nemesis, Professor James Moriarty, the "Napoleon of crime" described in "The Final Problem":
"His career has been an extraordinary one. He is a man of good birth and excellent education, endowed by Nature with a phenomenal mathematical facility...But the man had hereditary tendencies of the most diabolical kind. A criminal strain ran in his blood, which, instead of being modified, was increased and rendered infinitely more
dangerous by his extraordinary mental powers."
The Monstrum Horrendum embraces crime in spite of his rationality, and in doing so threatens the detective not only as a rival but as a challenge to his entire ontological system. He consciously defies the Order Of Things; in this, he is unexplainable, almost satanic. Moriarty's criminal misdeeds are the lesser offense. His true transgression is to scoff at the sanctity of Order, revealing its transience and artificiality.

*Dupin is something of a contradictory character, for though his cataloguing habits are even more obsessive than the more refined figure of Sherlock Holmes, he is also prone to bouts of Romantic fervor, drifting madly through the nighttime city in the pulse of the urban organism.
Collapse